Not so long after walking with Marc it was time to do another walk, connect with a friend and discuss mental health. The idea of walking with friends to discuss mental health came after reading the Salt Path and the first person I thought of was Viv. She is the closest person I know in real life who has done something like the long-distance walk of the book. In fact she went further, she ran 4,000 kms on her own. She began in Unieradz, Poland, on 15 July 2014 and ended in Tarifa, Spain, on 13 January. You can read all about it here.

I am going to be honest, although we were good friends at uni, kept in touch, went to each other’s weddings (she even translated some of mine), at some point we lost touch. She got divorced, ran 91 marathons (apparently) and I lost a child. (Bad) stuff happened and we were not really in touch for a while, and I did not know her full story then. She did not want to burden me more after Leo died, she was not ready to talk anyway, and although on some level I thought it was weird that she felt the need to run for this long on her own, I had not questioned her further.

I have a few friends I lost touch with because they went through bad times and I could not be there for them. I do feel guilty about not being there for them when they needed help – but I have to agree with them, I was not looking my best, and my empathy was pretty low.

I met Viv a few times since, and now that I am better, and ready to be socially involved in the world again, and not just on Facebook, it was time to revisit and strengthen real friendships again. And  I had so many questions for her.

Running as a remedy for mental health is probably the top answer if you were to google mental health exercise. Maybe not running 4000 kms though, it is a lot for your body to take in, and Viv had to stop running after it for a bit after her challenge to recover. Viv was looking for a way to have a break from the past and also raise money (she raised money for the Red Cross).

Although our experiences are very different, ultimately we both had envisaged our our future a certain way and at some point this future we had built in our head was taken away and did not exist for us anymore. And we needed to find another one. Viv told me that she ran to do something that represented her (a challenge, running for a charity, following her grandmother’s journey and inspiring others to be active), a break from her past.

After my trauma, connecting with myself, my old self or my new self has been something that was pushed onto me. Who am I now? How do I want to be? what the f-ck am I going to do or am I supposed to do? What both our experiences show is that it is not linear or quick to find a way again, and that you have to consciously and intentionally work at it. I can relate to Viv on wanting a break from the past. My first reaction was wanting to leave, and I talked about it when I walked with Marc. I started this project, and in the process I trust something will happen.

Back to the walk. I chose a long-ish walk, 9 and a half miles near me. We went ‘pure’ according to Viv, which means reading the map only (we might have gone a couple of times on the phone GPS but it was only to check). You do not know how proud I was to have completed the walk just with a map. Clearly all part of my need to go back to a more analog life without devices to provide the quickest way to things. It is fitting that all these pictures were taken with my analog camera. I have to wonder if it is a good thing to going over the same events, is it cathartic or will make us spiral down straight back to where we were? I can talk about Leo now, not so long ago it was not possible. Viv did not talk much about her divorce, however she was able to share with me how she felt after that. And again, she did not know how bad she was until she did not get a job working abroad through the VSCO programme (they told her that she could not do it straight after her divorce, that they needed people without issues basically). Running became her anchor, literally. She joined a running crew that ran on Tuesday nights, and she just had to make it to the club every Tuesday whatever happened (ie she refused to be on a M&A call just because it would have meant missing running). So it is not surprising that she chose running as her big challenge.

Say that you felt compelled to run to help yourself out (I decided to swim, gently, slowly), how do you get from running every Tuesday with a running crew to running on your own across Europe by yourself? I am not sure you start exercising thinking it will be for a major challenge. You get there at some point. You need more from the one thing that helps you. I am experiencing this now with open water swimming, you need to do something out of the ordinary through the sport you enjoy. You become more interested and you start reading books, synchronicity and you find your switch, for Viv it was a book, and the next step seemed obvious (to her). Viv’s switch was ‘Just a little run around the world’ by Rosie Swale Pope (which I will have to read).

You have to find yourself again and finishing what you set out to do to claim yourself back. This is your hard work paying off for you. It also shapes your daily routine, you get intentions, a focus that you had lost because your life as you thought was going to happen is not there anymore.

I have not found my switch yet. The Salt Path is a pivotal moment but not the actual switch. I have to keep looking but I trust it will happen because I am intentionally moving forward.

About running 4,000 Kms. Viv said something that really resonated with me, it felt like a lifetime ago. It clearly was not, nor was Leo’s death to be honest. But it does feel like it was another life. Life does move forward somehow, that you take part in it or not, and we were so in the moment then, that now it feels like it was someone else living it. Except that it was not. She is still divorced, and I still miss Leo every day. Another discussion we had made also a lot of sense is this idea that we make better decisions now, or that we are now more in tune with our intuition. Personally throughout Leo’s stay at hospital and to be honest from the Sunday when he started to be sick I knew something was wrong, very wrong, and I took all the steps I could with this in mind. And since this experience, I am more likely to either remove myself from a situation if I feel weird about it, or someone bullies me into making some decisions, or follow my gut if something attracts me, although taking this sort of risk is recent. I use ‘resonate with me’ a lot more than before. Viv explained that she felt she can read situations more clearly and is more willing to follow her gut, she trusts herself which is powerful. After 6 months running on her own, knowing that she can do it, you would also believe in your gut.

It was time to finish our walk, and this is just a snippet of what we talked about, some discussions were to personal or irrelevant to be on this blog, unless I delve into minimalist living (you know Marie Kondo will have to feature at some point), and gender equality (just do not get me started). It has now become clear to me that walking has a healing power. I definitely processed a lot during our walk, setting new intentions and getting clarity. I know I have talked about the natural rhythm as a remedy for mental health, for my personality, changing routine (I am usually with the kids on a Saturday), talking with someone outside my usual circle of friends and being outdoors without using my phone (the social media monster is lurking back) has helped me immensely. Things are shifting, I am meeting like-minded people, I am also showing up, even when writing these posts do require a lot of energy from me, but I trust the process and cannot wait to see where I end up. So thank you for reading to the end! 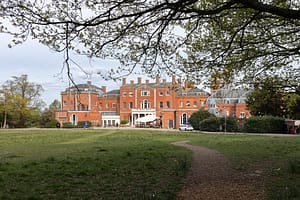